The BioGenesis scandal and the real cost of performance-enhancing drugs

The BioGenesis scandal and the real cost of performance-enhancing drugs 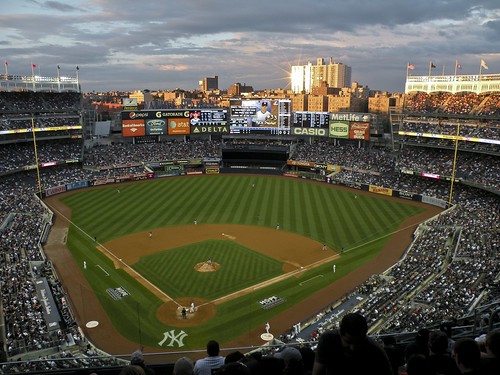 In addition, Ryan Braun has been suspended from 65 games, and Alex Rodriguez faces a 211-game suspension (partially for using multiple performance-enhancing drugs over several years).

Biogenesis of America, which has since shut down its clinic, is accused of providing players with human growth hormone (HGH) and testosterone, both of which are illegal without a prescription.

The illegal use of hormones, steroids and other performance-enhancing drugs is nothing new to the world of professional sports. “Doping” scandals have long plagued the Olympics and endurance sports including cycling.

News reports for these kinds of scandals tend to focus on details such as when the drug abuse occurred and how long player suspensions last. But what sometimes slips through the cracks in news reports—and what school health programs don’t always cover—are the devastating side effects that come from long-term use of performance-enhancing drugs.

Side effects of Human Growth Hormone abuse include:

Side effects of testosterone abuse include:

Unfortunately, the Biogenesis scandal touches only the tip of the iceberg when it comes to drug abuse in professional sports.

There’s enormous pressure on athletes to be faster, stronger, and bigger than their competitors. Of course, there are natural and healthy ways to achieve this: exercise and training regimens to increase strength and develop skill, chiropractic and physical therapy to prevent injury and to keep things working smoothly, proper nutrition to fuel and support the body systems, etc.

But the temptation to cheat nature through doping is very strong—especially when athletes have good reason to believe many of their competitors are getting their edge through the use of drugs, too. Many are willing to risk the chance of getting caught in order to improve their odds in competition.

Sadly, the messages this attitude sends to fans—particularly young fans—are highly negative. While the NBA’s Charles Barkley famously claimed that athletes aren’t role models, the truth is many children and teens emulate their favorite sports heroes, from the way the wear their uniforms to their attitudes about achievement.

And what the reliance on performance-enhancing drugs communicates to fans is that integrity and hard work aren’t enough; winning should come at any cost, even risky and illegal behavior.

And the pressure to use substances to get ahead is something that’s reached beyond the world of professional athletes. This report by NBC Miami on the Biogenesis scandal notes that even student athletes are feeling the pressure to use performance-enhancing drugs—and some of that pressure comes from their own parents!

We can hope that the Biogenesis scandal and the extensive MLB suspensions will be the start of even more serious crackdowns on the abuse of performance-enhancing drugs. More importantly, we hope people will realize the importance of achieving health results through natural means, not sabotaging their bodies through drug abuse.