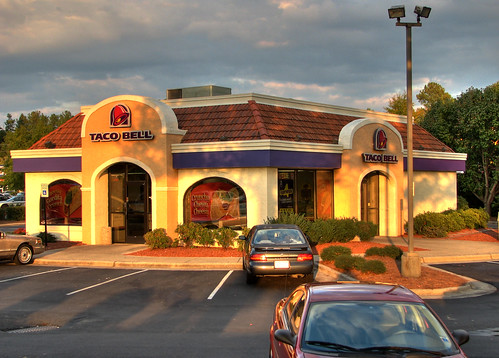 On July 23, Taco Bell announced that it will begin phasing out its kids’ meals, eliminating them from U.S. menus by January 2014. According to Greg Creed, CEO of Taco Bell, “Kid’s meals and toys simply no longer make sense for us to put resources behind,” so technically the decision is a business one. But nutritional lobbyists have been putting pressure on fast food chains to stop marketing meals with toys for years.

Why do activists so strongly oppose fast food kids’ meals? The reasoning goes like this: Fast food chains are very good at offering toys with high demand—toys that are tied into a movie release, or are spin-offs of popular toys such as Hot Wheels and Barbie. Whenever a new toy line is released, children pressure their parents to take them to the fast-food chain, and parents eventually give in. Children then “get hooked” on the high-calorie, nutritionally poor fast food. And the development of these kinds of habits is a major contributing factor to the high rates of childhood obesity. (According to this report by the American Heart Association, nearly one-third of U.S. children are overweight, with 18.6% of boys and 15.0% of girls classified as obese).

Pressuring fast food chains to stop marketing kids’ meals is good in theory, and in a sense this can be seen as a victory for nutritional activists. Unfortunately, when you look at the bigger picture, it’s probably not enough.

First, Taco Bell is a relatively small player in the kids’ menu field. As an NPR report on the story points out, Taco Bell kids’ meals only account for 1% of their sales, while Happy Meals make up to 10% of McDonald’s annual profit. But even if lobbyists could eventually ban children’s meals at all fast food chains, I don’t think it would solve the bigger problem.

It’s not just children who struggle with obesity. Nearly two-thirds of American adults are overweight (with 27% classified as obese), so the problems can’t be attributed to children’s meals alone. In most cases, parents are the ones taking their children to the restaurant chains and purchasing meals. 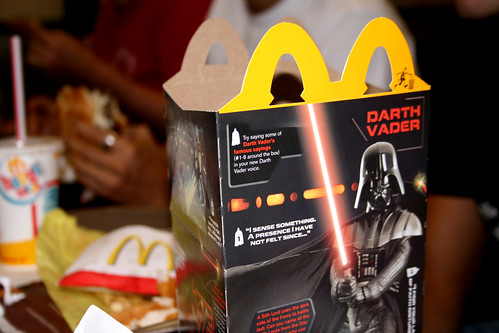 Eliminating children’s meals may also backfire. I wouldn’t be surprised if we’re going to see a larger percentage of children ordering adult-sized meals—without an incentive to buy a smaller portion, why not? If kids’ meals are already too high in calories, sodium and fat, adult-size portion will be even worse for them.

And of course, children aren’t getting fat- and sugar-laden foods from restaurant chains alone. I cringe every time I enter a school and see vending machines filled with sodas, candy and junk snacks, available to children all day long. And in the supermarkets, most of the cereals, flavored yogurts and other snacks marketed to children are notoriously poor in nutrition.

Obviously, the key player in a child’s health is not the restaurant or food marketers, but the parent. Ultimately parents need to take responsibility for their children’s health, even when the child is clamoring for the latest and greatest toy.

However, we understand that today’s parents do have a lot of pressures. Many may feel like they don’t have time for anything but fast food, and others may not have the tools or knowledge to make good nutritional choices for themselves or for their children.

I think this is a great opportunity for nutritional lobbyists to step in. Instead of spending as much time and energy pressuring restaurant retailers, why not reach for the bigger goal? I think more can be done to fill the vending machines at schools with healthy options instead of sodas and candy.

More importantly, activists can help educate parents. It would be great if they could provide better resources to help parents understand what a healthy diet should look like, and give them practical steps for swapping unhealthy choices for quick and nutritious family meals.

If you’re a parent and want to know what you can do to improve the diets of you and your children, call us or talk to us next time you’re in the office.  We’d be happy to help your family on the path to better nutrition!